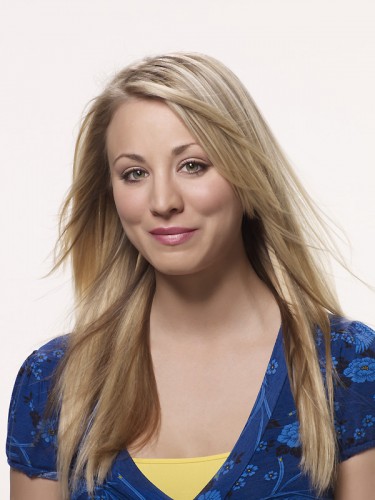 Kaley Cuoco is an American actress, born in Camarillo, California and currently living in Los Angeles. Her birth date is November 30. Before The Big Bang Theory, she was best known for her roles as Bridget Hennessy in 8 Simple Rules and Billie Jenkins in Charmed.

Her first TV role was in Quicksand: No Escape, a 1992 television movie, starring opposite Donald Sutherland.  She has appeared in ten TV movies including Growing Up Brady, Crimes of Fashion, Drew Peterson: Untouchable and To Be Fat Like Me. In addition, she appeared in the miniseries Dean Koontz's Mr. Murder. Cuoco's first series television credit was for Northern Exposure and her other credits include guest appearances in Prison Break, 7th Heaven, My So-Called Life, and Complete Savages.

She was a California ranked tennis player in her early teens and has become an avid horseback rider, to the point where she now competes in equestrian competitions throughout the US and Canada. She also enjoys hiking and spending time with her rescue dogs, Norman, Shirley and Ruby. She is actively involved in charities including the Elisabeth Glaser Pediatric AIDS Foundation, The EBMRF, Animal Avengers and PETA.