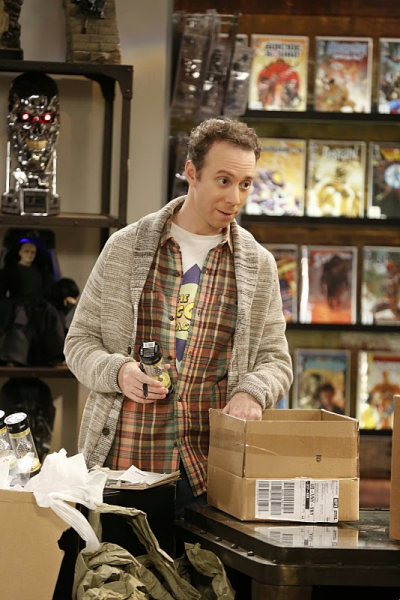 Kevin Sussman is an American actor best known for his roles as Stuart Bloom on The Big Bang Theory and as Walter on Ugly Betty.

Kevin Sussman grew up in Staten Island, New York, and graduated from the American Academy of Dramatic Arts in New York City.

His earliest TV appearances include guest spots on Ghost Stories, Third Watch, The Sopranos, Law & Order: Criminal Intent and ER. In 2006, Sussman had a recurring role as Walter on the ABC dramedy Ugly Betty. His latest TV credits include a recurring guest role on Weeds and a role in the Netflix series Wet Hot American Summer: First Day of Camp.

On the silver screen, Sussman has appeared in films including Liberty Heights, A.I. Artificial Intelligence, Sweet Home Alabama and Hitch.

2 days ago: I knew this would infuriate me before I clicked and hoo-boy it did not disappoint. https://t.co/4r6EC0avZl