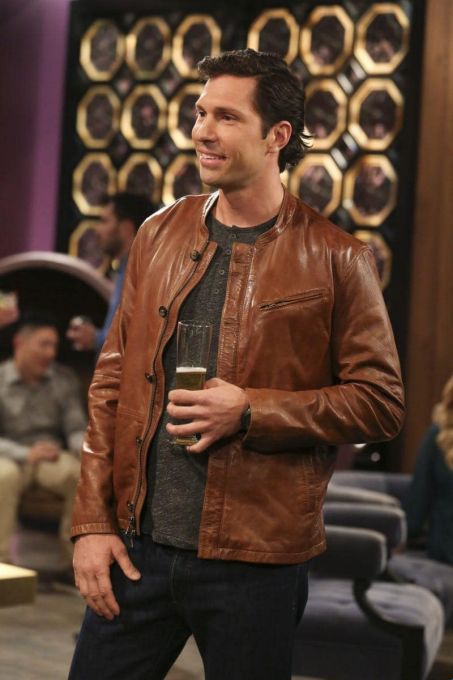 Zack Johnson is a former on-and-off-again boyfriend of Penny’s. The pair were unknowingly married to each other for a number of years after a drunken Vegas wedding.

Zack has been shown to be not very book smart, although he has maintained a curiosity about the guys’ work. Zack is tall, strong and classically handsome. Despite Penny’s history of being attracted to guys who were bad for her, Zack has always been friendly with her and the guys.

Zack is a vice president of his father’s menu printing company, which serves the Cheesecake Factory where Penny used to work. 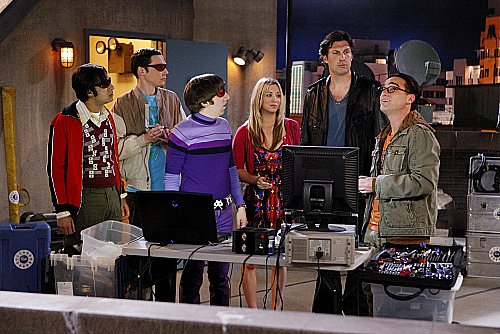 Zack first appeared in “The Lunar Excitation” when Leonard went to get Penny to show her the experiment the guys were doing with lasers on the roof of the building. Leonard was surprised to find Penny with a guy and was going to let Penny get back to her evening, but Zack overheard Leonard’s talk of lasers and was excited to watch the experiment.

On the roof of the apartment building, the guys were surprised by Zack’s childish questions, including asking them if they were worried about accidentally blowing up the moon. Sheldon claimed that Zack’s seeming lack of intelligence meant he was “a man for Penny”. Despite Sheldon’s frustration with Zack’s simple questions, Penny encouraged him to play nice and Leonard humored Zack, who was unimpressed when the big experiment was over in 2.5 seconds and only observable on a computer screen. Penny and Zack left the guys to tidy up after their experiment on the roof.

Later that night, a drunk Penny woke Leonard up to complain that he had ruined Zack for her, because before meeting him she would never have known how “stupid” Zack was. Penny claimed that Leonard had destroyed her “ability to tolerate idiots”. Penny and Leonard hooked up that night, although Penny later said it was a mistake and wanted to forget it ever happened. 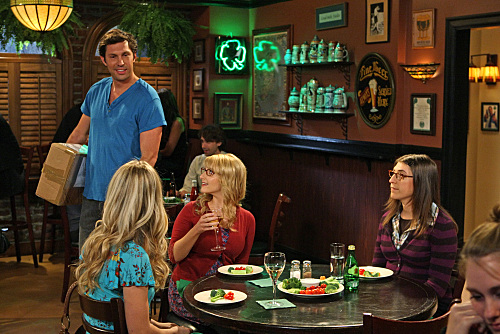 When Penny, Bernadette and Amy ran into Zack at a bar in “The Alien Parasite Hypothesis”, Amy suddenly felt flushed and began involuntarily saying “Hoo” as she interacted with him. After running a differential diagnosis with Sheldon, Amy came to the conclusion that she was sexually attracted to Zack. After Penny suggested that there was something Sheldon could do to satisfy Amy’s desires, he combed through the phone book to talk to Zack about having sex with Amy. Sheldon then accompanied Amy as she returned to the bar to talk to Zack. Amy’s attraction to Zack quickly dissipated when she had a conversation with him, leaving him after a hardy handshake.

After Penny got back together with Zack in “The Justice League Recombination”, she and Zack went over to Leonard’s apartment to give him his mail. After chatting with Leonard about the science magazine Penny brought over, Zack decided to stick around and talk science with the “science dudes”. After Zack told them that he saw something on the Discovery Channel that if you kill a starfish it will come back to life, the guys had fun taking jabs at Zack, implying he was stupid. When Zack figured out they were laughing at him, he left with Penny, who scolded the guys for being jerks despite their own experiences of bullying. 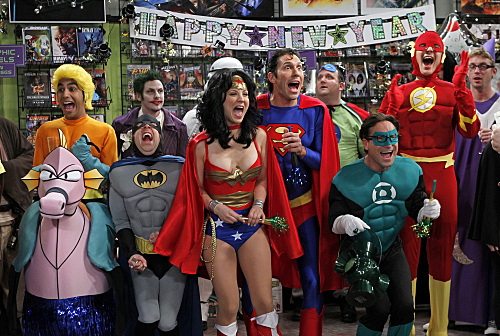 After Leonard encouraged the guys to go with him to apologise to Zack, he accepted their apology and their Milk Duds. When the guys mentioned they were going to the comic book store, Zack decided to join them, much to Penny’s displeasure. At the store, Sheldon had the idea to ask Zack to join their Justice League group for Stuart’s New Year’s Eve costume party, replacing Leonard as Superman. Penny reluctantly agreed to be their group’s Wonder Woman.

When Penny refused to wear Wonder Woman’s wig on the night of the costume party, Zack chided her for embarrassing him in front of his friends. Penny got upset and told the guys she wasn’t going to join them. After Zack and Sheldon failed to convince her to change her mind, Leonard went over to try talk Penny into attending the costume party. Penny admitted that she and Zack weren’t really a couple, and she only got back with him because she didn’t want to be alone on New Year’s Eve. Penny implied that she didn’t want to spend the evening with Leonard and his friends because she still had feelings for him, though before Leonard could ask her what she meant, she agreed to go to the party. The addition of Zack and Penny to the guys’ Justice League won them the tournament.

After Sheldon got fed up that his friends were hanging out at Raj and Priya’s apartment in “The Toast Derivation”, he decided to form a new social group of his own. Sheldon invited Stuart, Barry Kripke and Zack to hang out, but they quickly deviated from his plans for the evening. After Zack told a raunchy story about being with a “beautiful chick” at a ski lodge, which entertained everyone but Sheldon, he then agreed to go on a beer run as Kripke set up a karaoke machine. Later, Zack and Barry sang the Elton John/Kiki Dee song “Don’t Go Breaking My Heart”, and supported Stuart as he sang “Walking on Sunshine”. 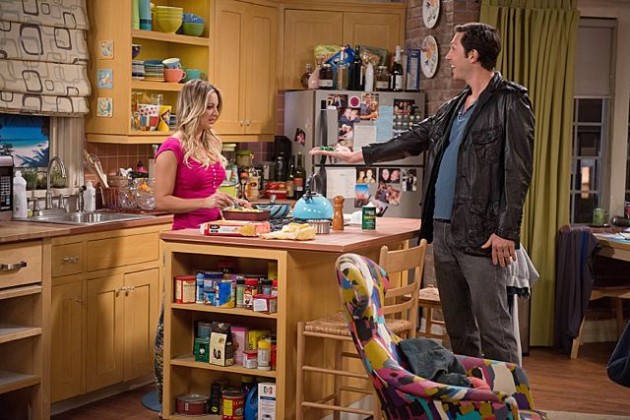 When Penny mentioned the “silly fake wedding” she and Zack had in Vegas a few years earlier in “The Thanksgiving Decoupling”, the gang alerted Penny to the fact she and Zack were really married to each other. After the gang went around to Mrs. Wolowitz’s house for Thanksgiving dinner, Penny felt that Leonard was being relentless about her secretly being married to Zack. She decided to print the annulment papers there and invite Zack around to sign them. Zack eventually signed the papers before sitting down to dinner with the whole gang.

When the gang imagined what their life would be like without Sheldon in “The Cooper Extraction”, Leonard imagined an alternate universe in which he and Penny didn’t get together, so she ended up with Zack. In Leonard’s telling, Zack used their rent money to buy magic beans and then peed himself. 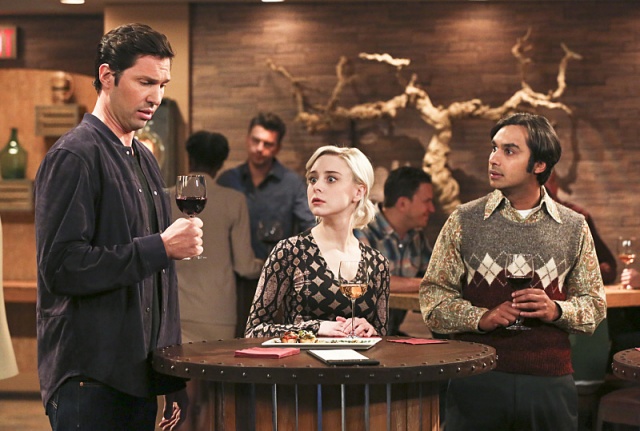 Penny and the gang crossed paths with Zack at a wine tasting event in “The Fermentation Bifurcation”. Although Penny thought it would be awkward for her and Leonard, now married, to run into Zack, he actually caused more problems for the guys. After Leonard and Howard told Zack about the navigation system they were working on, he wondered whether it would have applications for the military, prompting Leonard and Howard to worry about their work being used in weapons. Zack also inadvertently caused trouble for Raj, who was seeing two women at once, when he was introduced to Claire. 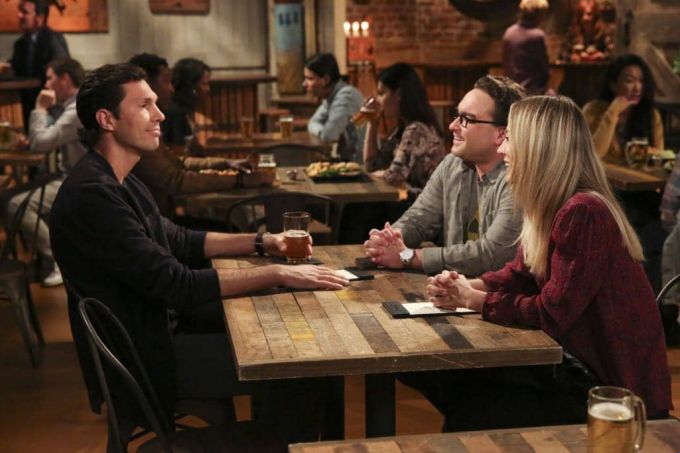 When Penny bumped into Zack at a bar in “The Cognition Regeneration”, he mentioned he was now engaged, and invited Penny and Leonard to have dinner with his fiancee and him. After Penny mentioned at the dinner that she wasn’t exactly thrilled with her job in pharmaceuticals, Zack offered her a job at his menu-printing company. Leonard was dead set against Penny taking a job with her ex-boyfriend, but Penny thought Leonard was being jealous and selfish by trying to keep her in a job she didn’t enjoy. When Leonard came around and agreed that Penny should take the job, she called Zack and found out his fiancee would not let him employ his ex-girlfriend. 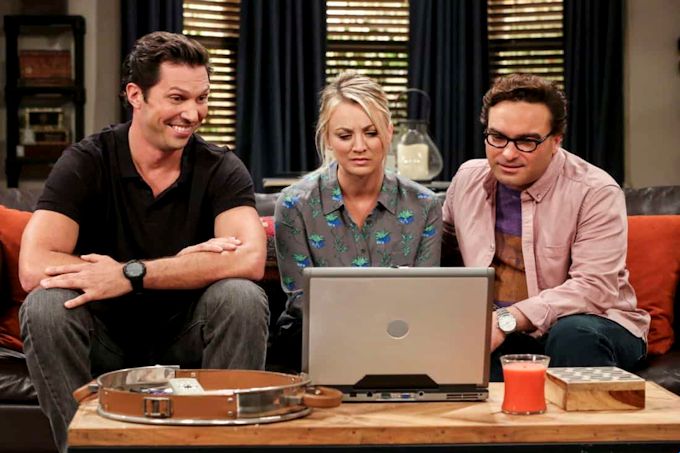 After Sheldon remembered the guys once mined Bitcoin that would now be worth a significant amount of money, the guys went on a quest to track down their missing digital loot. Their search led them to Penny's ex-boyfriend, Zack, who was the recipient of an old laptop that Leonard had given to Penny just before they broke up.

When Leonard and Penny went to Zack's apartment, they were in the middle of an argument. After Penny explained that she was upset that Leonard was claiming their previous break-up didn't hurt her, Zack showed them a video Penny had made just after she broke up with Leonard, explaining why she had to end the relationship even though she knew he was great.

Marissa: It's a little weird for us, too. I mean, instead of our baby looking like Zack, it's gonna look like Leonard.
Zack: Or Penny if it's a girl.
Penny: No, no, it's not gonna look- Sure.

Penny: Thank you, but you shouldn't have spent so much.
Zack: Nah. It's cool. I sold my company for a boatload of money. And then I bought a boat. Then I got married. Guess where.
Amy: On your boat?
Zack: No, but that would've been awesome!

Zack: Hey, you and Leonard should come over and have dinner with us on our boat.
Penny: Yeah, that would be so nice.
Bernadette: Leonard was just saying how he was hoping to have dinner with one of your ex-boyfriends on his expensive boat.
Zack: Well, then this worked out perfect!

Leonard: So, uh, we gonna take this thing out?
Zack: Nah. It's a little choppy tonight.
Penny: Yeah, that's okay. This is nice, sitting under the stars. It's actually kind of peaceful.
Leonard: Well, it's a beautiful boat.
Zack: Thanks, man. We love it.
Marissa: Although, he's so tall he bangs his head almost every time he goes downstairs.
Zack: After the first couple, you don't even feel it.