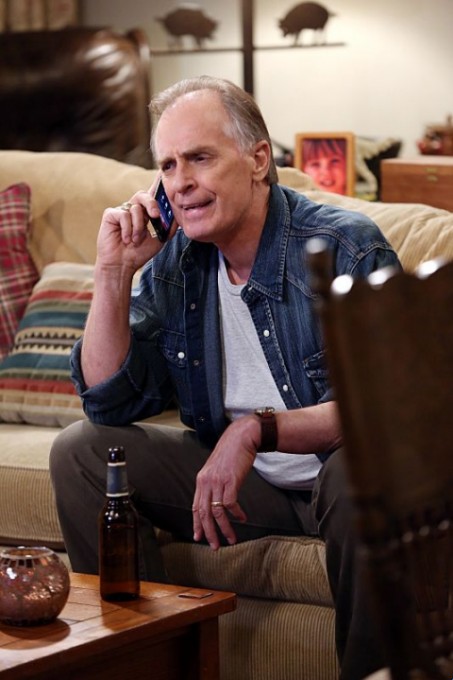 Wyatt is the father of Penny, her brother Randall and her sister, and is married to Susan. Wyatt lives on a farm near Omaha, Nebraska. As is the case for Penny and her family, we don't know Wyatt's surname. Wyatt is played by Keith Carradine.

Wyatt has been shown as a caring father who wants the best for Penny, especially in the kind of guys she dates and the life choices she makes. In particular, Wyatt rooted for Penny and Leonard as he was fed up of her dating "the skateboard idiots, the white rappers and all those sweaty dumb-asses with their backwards hats." Wyatt told Leonard he wanted "grand kids before I die, and I want them to grow up in a house without wheels."

In The Maternal Capacitance, when Beverly Hofstadter met Penny in the hallway of the apartment, Beverly started psychoanalyzing Penny and got her to discuss her childhood. Penny described her childhood as wonderful but as their conversation continued, Penny admitted that her father wanted a boy. Penny explained that she tried being good at sports, but eventually she didn't like getting dirty. Penny told Beverly that Wyatt called her "Slugger" until she got her first training bra and then he stopped playing catch with her.

In The Maternal Congruence, when Beverly Hofstadter visits town again, she asks Penny if her father had "finally come to terms with his little slugger growing breasts". Penny said her father sent her a football and catcher's mitt for Christmas, "so I'm going to say no."

In The Boyfriend Complexity, when Wyatt visits Penny in Pasadena, she pretends to still be dating Leonard. Leonard is confused when Penny kisses him, so she confesses that she told her father they got back together as Leonard is the only guy he's ever approved of. The pair act like they're still a couple until Penny grows tired of the pretense, telling Wyatt the truth. Despite Wyatt's initial anger at Penny for lying to him and not trusting him to support her no matter what, he is soon begging Leonard not to give up on Penny.

When Penny's acting part on NCIS is cut in The Hesitation Ramification, Penny is seen talking on the phone to her father, who wonders whether Penny's part was cut because she was too pretty. Penny tells her father she doesn't need him to come out to Los Angeles to kick Mark Harmon's ass.

In The Bachelor Party Corrosion, Penny calls Wyatt to tell him that she and Leonard got married the week before. Wyatt's first question is whether she is happy, and when Penny says she is, he says he's happy for her. Wyatt says he recognizes how hard it is to tell someone something if it's going to upset them, because he accidentally backed over her pet pig with his tractor a year ago.

Wyatt, Susan and their son Randall came to town for Penny and Leonard's second wedding ceremony in The Conjugal Conjecture. While Susan was very worried what Leonard's family and Penny's friends would think of her family, particularly her just out of jail brother Randall, Wyatt was much more relaxed about the matter. During the ceremony, Wyatt walked Penny down the aisle.