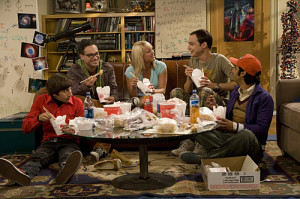 Courtney Ford (Dexter, True Blood) is set to guest star on The Big Bang Theory in a potentially recurring role, reports TVLine.com. The actress will play Alice, a cute artsy girl who is, much like the guys, a comic book aficionado. She will run into the gang at Stuart's comic book store. Ford will reportedly appear in the October 27th episode of the show.

The Big Bang Theory returns for its fifth season tonight with TWO back-to-back episodes from 8/7c on CBS.