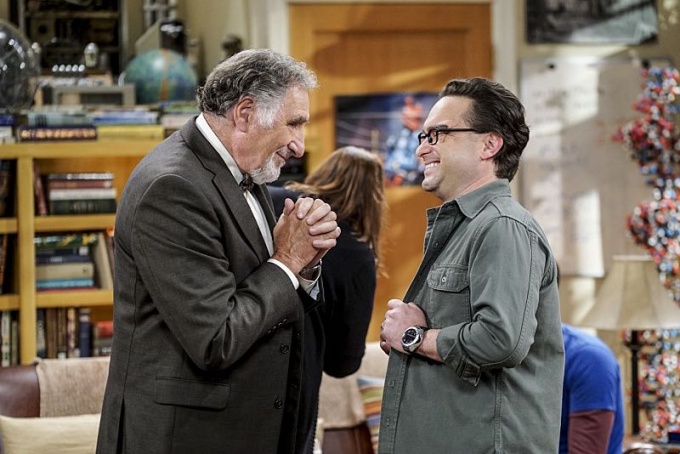 Dr. Alfred Hofstadter is the father of Leonard, along with his brother Michael and a daughter, and the ex-husband of Dr. Beverly Hofstadter. Dr. Hofstadter is an anthropologist who once worked with Dr. Louis Leakey, after whom Leonard was given his middle name "Leakey".

Although much of Leonard's childhood resentment stems from his mother, Beverly, Leonard has described how the only father-son time his father spent was with a 2,000-year-old skeleton of an Etruscan child. Leonard's lack of love from his parents as a child, particularly his mother, led him to build a hugging machine, which his father used to borrow.

When Alfred visited Pasadena, Alfred seemed to be more supportive of respectful of Leonard and Penny than Beverly has been.

Alfred's marriage to Beverly ended after he had an affair with a waitress from the university cafeteria. Beverly claims that Alfred's reasoning for cheating was that Beverly was "cold, emasculating and hadn't shown him affection for years". There's no love lost between them with Alfred describing Beverly as his "hateful shrew." and her calling him a "wrinkled old bastard."

According to Beverly, she and Alfred only had intercourse for the purposes of reproduction, except for a pro forma consummation of their marriage. In 2009, Beverly told Penny that she hadn't had intercourse with Alfred in eight years and had been responsible for her own orgasms since 1982.

In The Convergence Convergence, Alfred came to town for Leonard and Penny's wedding ceremony do-over. When he met Sheldon's mother, Mary, they bonded over their mutual dislike of Beverly. On the night before the ceremony, Alfred and Mary left the group dinner together and headed to their hotel. When neither parent answered their phone, Sheldon and Leonard began to wonder whether their parents were hooking up.

In The Conjugal Conjecture, Alfred admitted he and Mary did nothing more than share a cab and a conversation after they left the restaurant. Still, they both liked each other and agreed that they might visit each other. Alfred said Mary is a wonderful woman while she said she genuinely likes Alfred.