Mrs. Fowler is the mother of Amy Farrah Fowler and wife of Larry. She is characterised as a domineering wife, rarely letting her husband get a word in edgewise, and a similarly controlling mother.

As a mother, Mrs. Fowler was particularly worried about her daughter’s propriety and sought to keep her away from what she saw as the seedier aspects of modern life. Amy wasn’t allowed to watch the film musical Grease as her mother thought it would encourage her to join a gang. Amy was not allowed to appear in school plays as those kids just “take drugs and have intercourse”.

Amy never skipped school her mother warned her that’s how girls end up “addicted to reefer and jazz music”. Amy eats bananas horizontally because that’s how her mother said good girls eat them. When Amy would displease her mother, Mrs. Fowler would lock her in the “sin closet”, unaware that Amy could still see the TV through the slats. Still, when Amy was an adult, Mrs. Fowler made a deal to get her to go on a date at least once a year, so she didn’t necessarily want Amy to be alone.

When Mrs. Fowler first appeared in Season 4, she was played by Annie O’Donnell. Since the Season 11 finale, she has been portrayed by Kathy Bates. 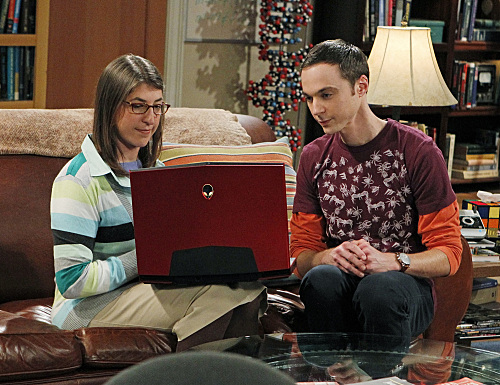 In “The Desperation Emanation”, not long after Sheldon and Amy first met, she asked Sheldon to meet her mother. Sheldon panicked that this meant Amy had fallen in love with him, but she assured him that this was only to fool her mother into thinking she was in a stable relationship. When Sheldon and Amy had a web chat with Mrs. Fowler, they eagerly implied that they were in a sexual relationship, much to Mrs. Fowler’s horror. 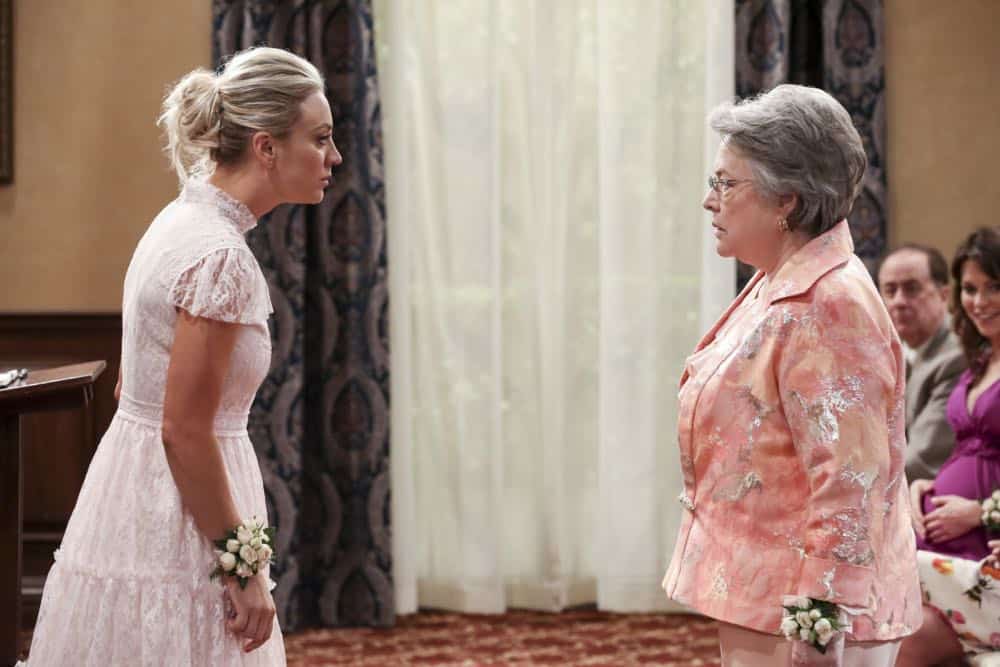 When Mrs. Fowler appeared in “The Bow Tie Asymmetry”, she was torn between being happy her daughter was finally getting married and a sense she was losing Amy to another world. Mrs. Fowler feared Amy no longer had time for her mother and was just waiting for her to die. She was alarmed to hear that Sheldon and Amy produce videos on the Internet, telling Amy “you know what men use those for”.

At the wedding, Mrs. Fowler grew anxious as the ceremony was delayed, fearing Sheldon had stood her baby up. When Mrs. Fowler got up to go see what was taking so long, Penny told her in no uncertain terms that Sheldon loves Amy and would never hurt her. Mrs. Fowler sat back down as her husband, Larry, finally spoke to thank Penny for her intervention.

In “The Conjugal Configuration”, Mrs. Fowler visited Sheldon and Amy’s apartment while they were on their honeymoon to retrieve her husband, who she was certain was hiding from her there. After Leonard and Penny let her into the apartment, Mrs. Fowler found her husband hiding in the bathtub. Mrs. Fowler scolded her husband for leaving without so much as a note, and told her husband to come home with her. When he refused, Mrs. Fowler decided to stay there with him.

When Mrs. Fowler visited Penny in her apartment, she admitted her husband wanted a break from her as she is overbearing. As Penny tried to sympathize with Mrs. Fowler, she thanked Penny for being a good person and said she hoped they would get to spend lots of time together. Fearful of the prospect of spending time with Mrs. Fowler, Penny went across the hall and kicked Larry out of the apartment herself.

When Amy and Bernadette joined Penny to celebrate her recent marriage to Leonard in “The Bachelor Party Corrosion”, Amy baked cookies shaped like male genitalia and had her ears pierced. After Penny found out that Amy had not told her mother that she had broken up with Sheldon, even though Amy had been criticizing Penny for not telling her parents she was married, she made Amy phone her mother.

After Amy tried to avoid telling her mother that she was single, Penny jumped on the line to break the news, also revealing that Amy had baked penis cookies and got her ears pierced. As a result, Mrs. Fowler made Amy go sit in Penny’s closet.

This page has been updated to episode 1201. The Conjugal Configuration