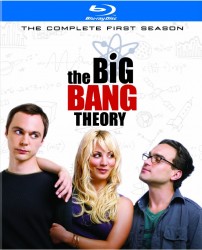 University physicists Leonard and Sheldon know whether to use an integral or a differential to solve the area under a curve. But they don't have a clue about girls. Or dating. Or clothes. Or parties. Or having fun. Or, basically, life. So when a pretty blonde named Penny moves in the apartment across the hall, the guys decide to get an education outside of the classroom. Boys, you have a lot to learn. With series creators Chuck Lorre (Two and a Half Men) and Bill Prady (The Gilmore Girls) concocting the right mix of logic and lunacy and stars Johnny Galecki (Roseanne) and Jim Parsons (Judging Amy) turning geekdom into Phi Beta fun, The Big Bang Theory is big on laughs. And life.