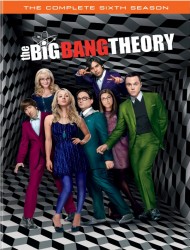 The Big Bang Theory: The Complete Sixth Season DVD was released today in the United States and Canada. The Season 6: Blu-ray Combo Pack, which also includes the season on DVD and UltraViolet downloads, is also out now. The box-sets include all twenty-four episodes of the show's latest and highest-rated season yet, along with new behind-the-scenes bonus features. Among the special features are two out-of-this-world featurettes which include contributions from real-life astronauts Buzz Aldrin and Mike Massimino.

The three-disc box-set includes all twenty-four episodes of The Big Bang Theory's latest season. The episodes are presented in their original widescreen with Dolby Digital 5.1 Surround Sound. The bonus features are a Gag Reel, "One Small Step for Wolowitz, one Giant Leap for Primetime" featurette, "Houston, We Have a Sit-Com" featurette, "Electromagnetism" - the best relationship moments of Season 6 featurette, and finally highlights of the 2013 Paley Festival Q&A session with the show's cast and crew hosted by NCIS's Pauley Perrette. The DVD features English, French, Thai, Spanish, Korean and Portuguese subtitles. 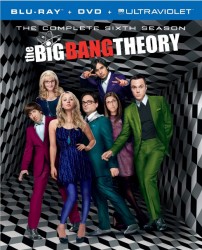 The five-disc Blu-ray box-set includes all twenty-four episodes of The Big Bang Theory's sixth season on high-definition Blu-ray, standard-definition DVD and UltraViolet downloads (Downloads available in the U.S. only, other restrictions apply). The Blu-ray episodes are presented in 1080p widescreen with DTS-HD Master Audio 5.1. The Blu-ray release includes all the same bonus features as the DVD box-set. The Blu-ray is subtitled in English, French, Thai, Spanish, Korean and Portuguese.