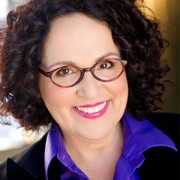 Carol Ann Susi, who provided the voice of Mrs. Wolowitz, passed away yesterday at the age of 62 after battling cancer. Although Mrs. Wolowitz was rarely seen on the show, her character's off-screen interjections in her brash Brooklyn accent became a memorable part of the show. Mrs. Wolowitz featured in thirty-nine episodes of The Big Bang Theory, going back to its first season.

A statement from Warner Bros. and The Big Bang Theory producers Chuck Lorre, Steve Molaro and Bill Prady said "Unseen by viewers, the Mrs. Wolowitz character became a bit of a mystery throughout the show's eight seasons. What was not a mystery, however, was Carol Ann's immense talent and comedic timing, which were on display during each unforgettable appearance. In addition to her talent, Carol Ann was a constant source of joy and kindness to all. Our thoughts and deepest condolences are with her family during this time, and we will miss her greatly." The Big Bang Theory cast members Kunal Nayyar, Mayim Bialik and Melissa Rauch paid tribute on Twitter.

Carol Ann Susi was born in Brooklyn in 1952. Starting in 1974 with a guest role on Kolchak: The Night Stalker, Carol Ann Susi appeared on shows including Cheers, Seinfeld, Married with Children, and That '70s Show.