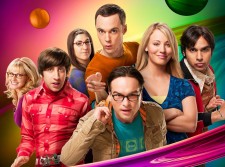 CBS has revealed the storyline for the eighth season finale of The Big Bang Theory, airing Thursday, May 7. The network released the title and synopsis for the twenty-fourth episode of the season, "The Commitment Determination".

“The Commitment Determination” – Sheldon (Jim Parsons) pushes Leonard (Johnny Galecki) and Penny (Kaley Cuoco-Sweeting) to choose a date for their wedding and deals with dramatic changes in his own relationship with Amy (Mayim Bialik).

The Big Bang Theory is already renewed for its ninth and tenth season as part of three-season deal signed last year. The ninth season will begin this fall on CBS.