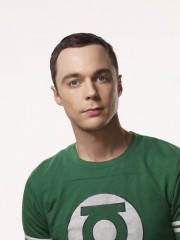 A The Big Bang Theory spin-off centered on the early life of Sheldon Cooper is reportedly in the very early stages of development, according to Variety. The report indicates that a show focusing on the physicist's upbringing in Texas is nearing a script deal with The Big Bang Theory showrunner Steve Molaro set to write the script.

The Big Bang Theory, now in its tenth season on CBS, has not yet been renewed past the current season. Press reports indicate contract renewal negotiations are ongoing with the show's cast, while CBS and Warner Bros. are expected to work on a new deal for the show soon.

With costs for the original series likely to rise further, a spin-off could help Warner Bros. and CBS further capitalize on The Big Bang Theory's popularity. The project is in the very early stages and there is no certainty it will lead to a spin-off series.

Read the full story at Variety.com