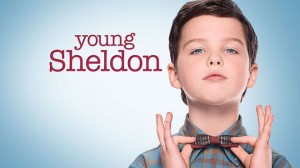 We have launched a new fan site to provide more in-depth coverage on the upcoming The Big Bang Theory spin-off, Young Sheldon: Young-Sheldon.com The site will provide news, episode guides, quotes and other updates on the show.

Young Sheldon is of course the new sitcom from The Big Bang Theory producers Chuck Lorre and Steven Molaro which follows Sheldon growing up as a boy genius in East Texas in 1989. Sheldon is starting high school at the age of nine and must deal with an environment that does not always reward his intelligence. Unlike The Big Bang Theory, which is a multi-camera comedy filmed in front of an audience, Young Sheldon is a single-camera show like The Wonder Years or Malcolm in the Middle.