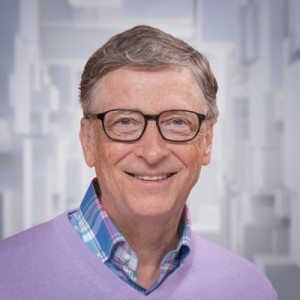 Technology pioneer Bill Gates is set to guest star in an upcoming episode of The Big Bang Theory, it was revealed today.

In the episode, Penny will host the Microsoft co-founder at her work, prompting the guys to do all they can to try and meet the man. The episode will air in March.

Bill Gates founded the software company, best known for its Windows operating system, in 1975 with Paul Allen. He served as CEO until 2000 and as chairman until 2014.

As Microsoft grew into one of the world's most highly-valued companies, Gates became a billionaire and was for a few years the world's richest person. Gates is now more prominent for his philanthropic work with the Bill & Melinda Gates Foundation, the world's largest charitable foundation.

The Big Bang Theory has hosted tech visionaries before, with Steve Wozniak, co-founder of Apple, guest starring in 2010, and Tesla and SpaceX founder Elon Musk appearing in a 2015 episode.