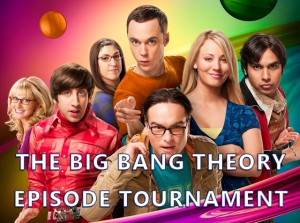 We are running an episode tournament to find the fans' favorite episodes from Seasons 1 - 11 of The Big Bang Theory. The nominations round is open now and you can nominate up to sixteen of your favorite episodes of the show.

The top sixteen episodes will then go through to the knock-out rounds. The nominations round is open until Monday, July 23, so be sure to check back then to vote in the first of the knock-out battles.