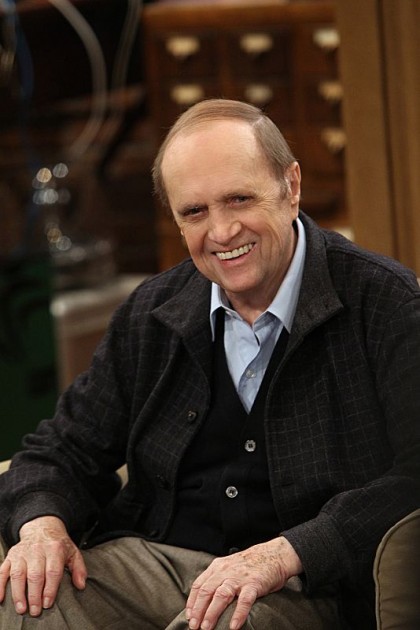 Arthur Jeffries, PhD was a scientist and former children’s television host known as Professor Proton, who would demonstrate scientific principles using everyday objects on his TV show. After his TV show was cancelled, people in the scientific world would not take Arthur seriously. So in his later years he would perform parties for children, and the occasional adult, as Professor Proton.

When Sheldon discovered that Arthur Jeffries was still alive, he booked Professor Proton to visit the apartment. Arthur performed his show for Sheldon, Leonard and Penny, who he took a shine to. Before his death, Arthur did do scientific research again, writing a paper on nano vacuum tubes for which he sought Leonard’s assistance.

Since his death in 2014, Arthur has appeared in Sheldon’s dreams a couple of times to give him advice. Sheldon considers Arthur his “Obi Wan” and in these visions of Arthur, he is dressed like a jedi, much to Arthur’s bewilderment. 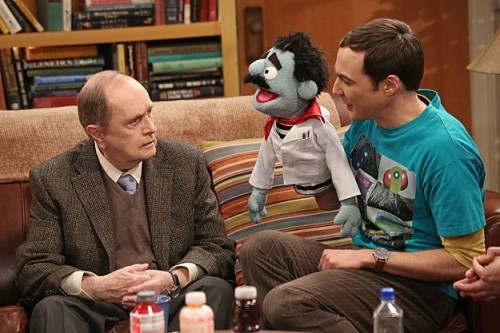 While browsing the Internet one day, Sheldon discovered that Arthur Jeffries was still alive and was available for children’s parties as Professor Proton. Sheldon and Leonard quickly agreed to book Arthur to come to the apartment.

On the day of the booking, Sheldon got a call from Arthur to saw he was stuck on the third floor after spending half an hour walking up the stairs. Sheldon, Leonard and Penny walked down to meet Arthur, who was sitting on his briefcase in the middle of the hallway. After Sheldon told Professor Proton it was an honor to meet him, he asked Sheldon to just call him Arthur. Sheldon was delighted by the idea they were friends. Arthur was instantly taken by Penny, claiming Leonard was the genius for having such an attractive girlfriend.

In the apartment, Arthur was still confused about being hired by two fully-grown scientists, but he agreed to put on the show for them. Sheldon was disappointed that Professor Proton didn’t have his side-kick, Gino the Neutrino, although Sheldon had one he’d bought on eBay.

After Professor Proton performed “tricks” showing an egg being sucked into a flask a clock being powered by a potato, he told the guys to keep their money as he was done. Arthur admitted he didn’t want to be Professor Proton anymore. He was fed up of being an 83-year-old man who has potatoes in his suitcase, somebody other scientists think of as a joke. Sheldon and Leonard told Arthur how his TV show inspired them to become scientists and that there are likely important discoveries being made every day because he inspired millions of kids to become scientists.

As Sheldon and Leonard tried to cheer Arthur up, he began to feel unwell because of a problem with his pacemaker. Leonard called for help and an ambulance showed up. They decided to take Arthur in for some tests, although his vitals were fine. Much to Arthur’s displeasure, Sheldon was allowed to accompany him to the hospital.

At the hospital, Sheldon sang Soft Kitty to try make Arthur feel better. Arthur asked Sheldon for a favor: he was booked to perform a children’s party in Alhambra the next day, and he asked Sheldon to fill in. Sheldon was delighted at the opportunity to be Professor Proton Jr. for the day, and hugged Arthur, calling him“father”. 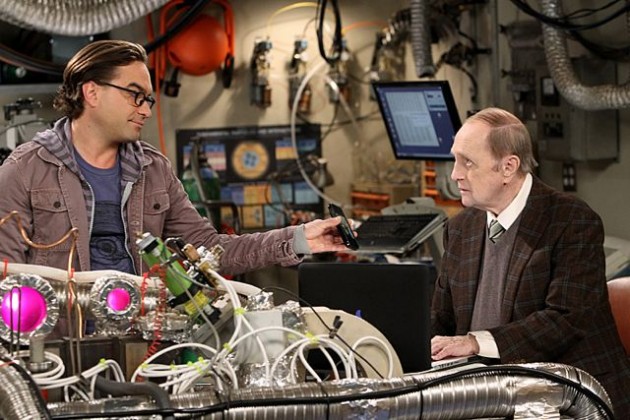 After Sheldon, Leonard and Amy ran into Professor Proton at drug store, Arthur reached out to Leonard to ask if he wouldn’t mind taking a look at a paper he was working on about nano vacuum tubes. Sheldon was offended that Arthur would rather work with Leonard than him, so after brooding about it Sheldon went to Arthur’s house to get Arthur to admit he finds him annoying.

To get back at Arthur for choosing Leonard, Sheldon took his new friend Bill Nye the Science Guy around to show Arthur he’d been replaced with a newer model. Arthur was angry at Bill Nye for ripping off his show. When Arthur asked Leonard why he puts up with Sheldon, Leonard defended Sheldon by saying he’s the smartest guy he knows. Leonard said that Sheldon was a little broken and needs him, and he needs Sheldon too. Arthur later approached Sheldon to ask for his opinion on the paper - which Sheldon had already read after breaking into Arthur’s email account. Sheldon told Arthur his paper was inspired. 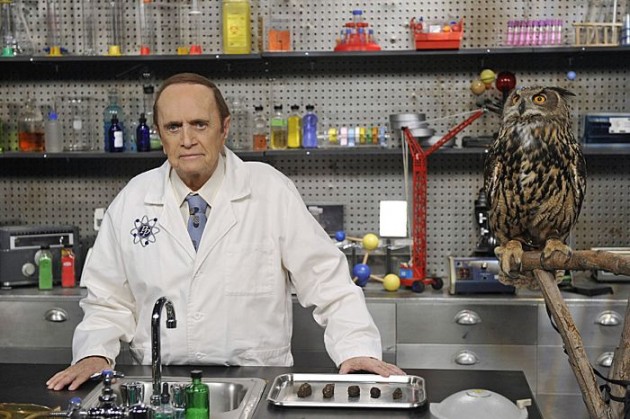 When Leonard broke the news to Sheldon that Professor Proton had died, Leonard was surprised that Sheldon was more upset that Arthur’s funeral would take place on May 4 - Star Wars Day - than at the loss of his hero. Sheldon decided not to go to Arthur’s funeral and instead celebrate Star Wars Day as he had planned.

On the day of the funeral, Sheldon stayed home with Howard and Raj and began watching the Star Wars movies. Sheldon insisted he was not upset and attending the funeral would not change Arthur’s passing, so he might as well enjoy Star Wars day. Leonard and Penny attended Arthur’s funeral, where Penny admitted she had never been to a funeral before and felt like she wanted to cry. After Leonard started thinking about how much Professor Proton meant to him, he broke down and Penny started crying, too.

When Raj suggested changing the order they watched the Star Wars movies in, Sheldon got upset and retreated to his bedroom. As Howard and Raj started watching the movies without him, Sheldon was asleep in his bedroom and dreaming of being on his laptop when Arthur appeared to him dressed as a Jedi. Sheldon realized that Arthur had come to him as his “Obi-Wan” to give him advice, although the robes and lightsaber were confusing to Arthur.

Later in Sheldon’s dream, he and Arthur were in the swamplands of Dagobah where Sheldon asked Arthur what helpful advice he had for him. After Arthur asked Sheldon why he thought Arthur was there, Sheldon figured it had something to do with Arthur’s recent passing which stirred up his feelings of grief for his late grandfather and father, who both died when Sheldon was young. Arthur told Sheldon it’s okay to be sad about people he’s lost, but he should appreciate those who are still there for him.

When Sheldon was considering skipping Amy’s birthday to see the new Star Wars movie in The Opening Night Excitation, Arthur appeared to Sheldon again in a dream as his "Obi Wan". Arthur agreed with Sheldon’s friends that he should spend the time with Amy and show her how much he loved her.

After Sheldon decided it was time to be intimate with Amy, Arthur appeared to him again to give him advice on his first time. Arthur told Sheldon that if he’s with the right person, it will be okay. Later, after Sheldon and Amy spent the night together, Arthur returned to ask Sheldon how it went, but he was more interested in talking about the new Star Wars movie.

When Sheldon learned that Professor Proton's old show was being redeveloped with a new host in The Proton Regeneration, he decided to audition for the role. After Sheldon lost the part to Wil Wheaton, Arthur appeared to Sheldon, who vented about the casting choice. Sheldon was worried that a new show would hurt Professor Proton's legacy, although Arthur did not seem to think he left much of a legacy. Despite Sheldon's effort to convince Wil to pass on the part and his attempts to get it cancelled, the show was going ahead so Sheldon added Wil back to his list of mortal enemies.

After Sheldon and Amy had an argument in The Planetarium Collision, Sheldon had a dream where Professor Proton appeared to him in a delicatessen on the planet Dagobah. Although Professor Proton was amused that Sheldon came to him for marital advice, Sheldon realized he was actually seeking his own advice as Professor Proton was just a manifestation of his subconscious. He gave Sheldon two pieces of advice: "Rule number one in a marriage: don't go to bed angry. Rule number two in a marriage: if you don't recognize the shoes under your bed, they're not your shoes."

This page has been updated to episode 1205. The Planetarium Collision