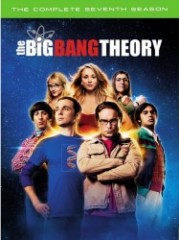 The seventh season of The Big Bang Theory was released on DVD and Blu-ray in the United States and Canada today. 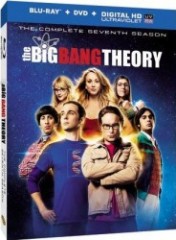 The Big Bang Theory: Season 7 Blu-ray The five-disc Blu-ray box-set includes all twenty-four episodes of The Big Bang Theory's seventh season on high-definition Blu-ray and standard-definition DVD. The episodes are presented in 1080p widescreen with DTS-HD Master Audio 5.1. The box-set has the same special features as the DVD and also includes Ultra-Violet digital downloads of the episodes. The Blu-ray includes English, Portuguese and Spanish audio tracks, along with English, French, Spanish and Portuguese subtitles.