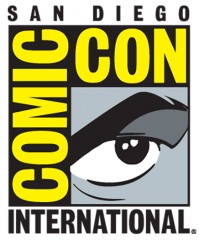 The Big Bang Theory will be returning to Comic-Con International: San Diego this year and, for the first time since 2012, a large part of the cast will be there, too.

The Big Bang Theory will host a Q&A session on Friday, July 21 at 10am. Johnny Galecki, Kaley Cuoco, Kunal Nayyar, Mayim Bialik and Kevin Sussman will join producers and writers for the panel.

The Big Bang Theory Special Video Presentation and Q&A - Join The Big Bang Theory as the show returns to San Diego to take you inside the biggest moments of season 10 and behind the scenes of TVs #1 comedy for a special 10th anniversary panel! From the introduction of Penny's family, to the baby, to that season finale moment that left fans hanging (What will Amy say?) - cast members Johnny Galecki, Kaley Cuoco, Kunal Nayyar, Mayim Bialik and Kevin Sussman will join producers and writers from the show for a lively discussion and special video presentation.

The show's canine star, Cinnamon, will also be participating in a "paw-tograph" signing session as part of Warner Bros. Television Group's "Puppy-Con 2017".