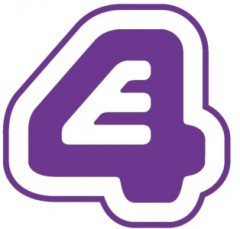 The Big Bang Theory's eleventh season will return to British TV screens later this month and will be joined by Young Sheldon, which is getting its UK debut.

E4 will resume airing the current season of The Big Bang Theory from Thursday, February 22 at 8pm. The digital broadcaster aired the first eleven episodes of the season late last year. Following the mid-season break, the show continues with "The Matrimonial Metric" which sees Sheldon and Amy try to determine who is most qualified to be best man and maid of honor at their wedding.

Young Sheldon will air right after The Big Bang Theory on Thursday nights at 8:30pm from February 22nd. E4 picked up the rights to the spin-off last year after the highly-rated premiere of the show in the United States. Young Sheldon, a single-camera comedy from The Big Bang Theory's Chuck Lorre and Steven Molaro, stars Iain Armitage as nine-year-old Sheldon Cooper growing up in East Texas, where his impressive intelligence isn't always an advantage when he starts high school.