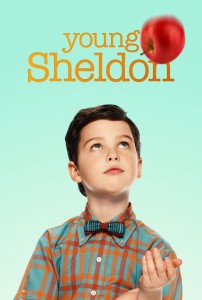 The second season of Young Sheldon, the Big Bang Theory prequel focusing on early life of Sheldon Cooper growing up in East Texas, will premiere in the UK next month.

British broadcaster E4 will begin showing the second season on Thursday, November 8 at 20:30. The Big Bang Theory's final season, which currently occupies the 20:30 slot, will move forward to 20:00.

In Young Sheldon's second season premiere, "A High-Pitched Buzz and Training Wheels", Sheldon gets a paper route after his attempt to dismantle the family's refrigerator lands his dad with an unexpected repair bill.