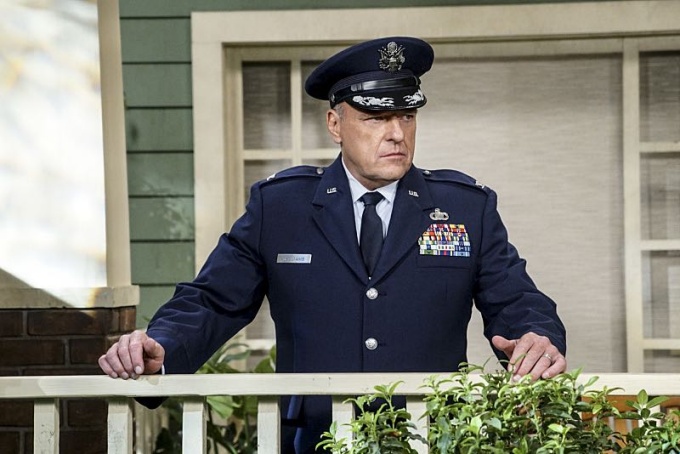 Colonel Richard Williams is an officer with the United States Air Force and an MIT-trained engineer. He is assigned to oversee the guys’ project to develop a guidance system using quantum vortices.

The guys attracted the attention of the military after applying for a patent for their infinite persistence gyroscope based on research that Sheldon and Leonard had done with supercooled helium to create quantum vortices. It was Howard’s idea to take Sheldon and Leonard’s research and apply it to a guidance system.

In “The Conjugal Conjecture”, Colonel Williams stopped by Howard’s house to discuss their recent patent application. Raj answered the door and, intimidated by the military uniform, told the Colonel that Howard was not home. As Howard freaked out about what the government wanted with him, Bernadette told him to just call up and find out what Colonel Williams wanted. Howard phoned and arranged a meeting at Caltech later that week, although the Colonel would not tell him what it was about.

When Sheldon, Leonard and Howard finally met Colonel Williams in “The Military Miniaturization”, the Colonel told them that he believed the Air Force had a use for their project and was interested in funding their research. After the guys said they were worried about the potential military uses of their work, he told them it was none of their business what the government used it for. Colonel Williams told the guys that the Air Force needed the guidance system to much smaller than it was and, after saying some of his MIT colleagues believed it could be miniaturized in four months, Sheldon jumped in and agreed to do it in two.

In “The Dependence Transcendence”, the guys struggled to complete their work in the limited time Sheldon and Colonel Williams had agreed to. Despite their efforts to push through, they eventually came to the realization that it was an impossible deadline. When they finally spoke to Colonel Williams, he told them that they would not be the first government contractors to miss a deadline.

When Colonel Williams checked in on the guys’ work in “The Locomotion Reverberation”, he noticed equations on a whiteboard which would allow them to make the guidance system even smaller. Despite Leonard and Howard saying it was just Sheldon’s doodling, Colonel Williams was clear he wanted the device made to those specifications. Howard and Leonard, who had sent Sheldon away so they could focus on their work, tried to attract him back to the project so he could complete the math that would allow them to shrink the device.

After the guys completed the first stage of their research in “The Gyroscopic Collapse”, they arrived at the secure lab the next day to find it had been emptied out. When the guys contacted Colonel Williams, he told them the military was taking over their project. He could not tell them why or whether they were implementing phase two, but he was clear they were taking all their work and tossing them aside.

When Leonard and Howard suspected Sheldon was working with the military again in “The Tesla Recoil”, they contacted Colonel Williams to see if that was true. Colonel Williams was impressed that Sheldon had kept his mouth shut and not told the guys about his work, although he was interested to know how to get Sheldon to shut up. He confirmed that Sheldon had approached the military about using the guys' technology in a communication system.