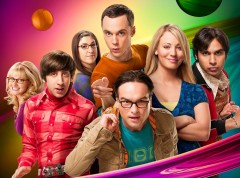 We are running an episode tournament to find people's favorite episode from the ninth season of The Big Bang Theory. The first knock-out round has now closed and the top four episodes have made it through to the semi-finals.

In the previous round, The Opening Night Excitation took 77.7% of the vote against The Big Bear Precipitation, The Earworm Reverberation won against The Positive Negative Reaction with 71.7% of votes, The Convergence Convergence beat The Valentino Submergence with 54.2%, while The Spock Resonance narrowly beat The Solder Excursion Diversion with a 53.8% share of the vote.

The four winning episodes now go head-to-head in the following four pairs: The Opening Night Excitation vs. The Convergence Convergence, and The Earworm Reverberation vs. The Spock Resonance. Each match lasts for two days and the first match is open for voting now. Remember to check back on Sunday, June 12 to vote in the latest match.

Cast your votes in the second round of our The Big Bang Theory: Season 9 Episode Tournament