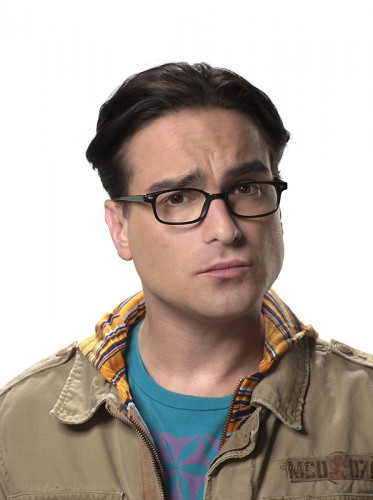 Johnny Galecki is a Belgian-born American actor best known, prior to The Big Bang Theory, for his role as David Healy in Roseanne. Some of Galecki's other television series credits include a guest starting role with fellow Big Bang cast mate Mayim Bialik in Blossom, and guest staring roles in The Norm Show and My Name is Earl. He also had recurring roles in My Boys, Hope and Faith, and Entourage.

Before The Big Bang Theory, Galecki’s feature film credits included playing the iconic role of Rusty Griswold in National Lampoon's Christmas Vacation. He also had roles in I Know What You Did Last Summer, The Opposite of Sex, Vanilla Sky, among others. Since starring in The Big Bang Theory, Galecki has had roles in Hancock, Table for Three, In Time, CGBG and in a reboot of The Ring franchise, 2017’s Rings.

Before moving to Los Angles, Galecki started his career on stage in Chicago. Credits there The Drawer Boy and Pot Mom at the Steppenwolf Theatre, and Galileo and The Member of the Wedding at the Goodman Theatre. During the time between the first and second pilot episodes of The Big Bang Theory, he was on Broadway with the show The Little Dog Laughed.

With a production deal that was reportedly part of his new Big Bang contract in August of 2014, Johnny formed his own  production company, Alcide Bava Pictures. Their first project was The Master Cleanse, a motion picture Johnny starred in and also worked on as an executive producer. For the 2107-2018 television season, he will executive produce the Alcide Bava - Warner Brothers production, By the Book.

For his work as Leonard Hofstadter on The Big Bang Theory, he has been nominated for both a Primetime Emmy and Golden Globe award. He received a 2007 Theater World Award for Outstanding Broadway Debut for The Little Dog Laughed, and was nominated for a Joseph Jefferson Award for The Member of the Wedding.