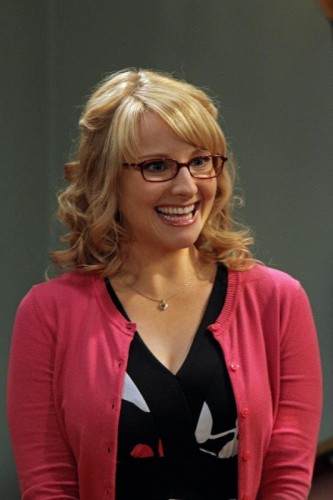 Melissa Rauch is an American actress and comedian, best known for her role as Dr. Bernadette Rostenkowski-Wolowitz on The Big Bang Theory.

Rauch was born and raised in Marlboro, New Jersey, and graduated with a BFA in acting from Marymount Manhattan College.

Melissa Rauch first guest starred on The Big Bang Theory during the third season of the show and was promoted to a regular cast member during the show's fourth season.

On the big screen, Rauch has starred in features films including Delirious, I Love You Man, In Lieu of Flowers and Are You Here. She also provided the voice of Francine in the latest instalment of the Ice Age series, Ice Age: Collision Course, released in 2016 and the voice of Harley Quinn in the 2017 video release Batman and Harley Quinn.

In 2016, Melissa Rauch wrote and starred in the film The Bronze about a foul-mouthed former gymnastics medalist who reluctantly trains an aspiring Olympic talent.

1 week ago: RT @OscarsKidsUS: All donations to @oscarskidsUS are being MATCHED today which means your contribution will go even further to help fund pe?

5 weeks ago: So happy to share we have our official premiere date! Can't wait for you all to see NIGHT COURT on Tuesday, January? https://t.co/aRh5WiH6fR

7 weeks ago: Hey @adidas your silence is deafening? https://t.co/dSXM0mFJ7x

8 weeks ago: Thank you so much again to @missmayim for all her support of @OscarsKidsUS and her help with this awesome @omaze ca? https://t.co/9nRLScZHAT

8 weeks ago: It?s your last chance to enter to win a limited Year One edition of the all-electric Audi RS E-Tron GT! So grateful? https://t.co/yX6b3ZziX2