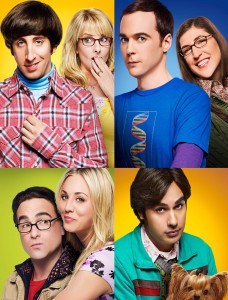 In the second round, "The Opening Night Excitation" narrowly beat "The Adhesive Duck Deficiency" with 50.2% of the vote, "The Bath Item Gift Hypothesis" was the winner against "The Scavenger Vortex" with a 60.6% share, "The Bow Tie Asymmetry" won against "The Panty Pinata Polarization" with 59.2% of votes, and "The Prom Equivalency" narrowly defeated "The Locomotive Manipulation" with 50.3% of the vote.