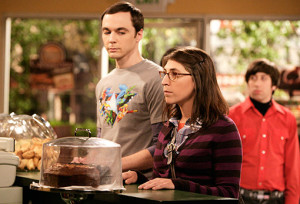 The key moments in Sheldon & Amy's relationship including Howard & Raj setting them up, the signing of the relationship agreement, the first time they said "I love you", them breaking up and subsequently getting back together, the proposal, the wedding and winning the Nobel Prize together.