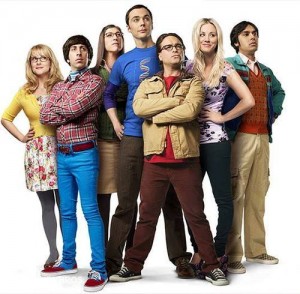 We are running an episode tournament to find fans' favorite episodes of The Big Bang Theory. The first knock-out round has now closed and eight episodes have progressed to the second round.

In the previous round, The Bath Item Gift Hypothesis decisively beat The Pancake Batter Anomaly with 77.2% of the vote, The Adhesive Duck Deficiency was the winner against The Pants Alternative with 66.4% of votes, The Opening Night Excitation beat The Staircase Implementation with a 62.4% share, The Panty Pinata Polarization defeated The Euclid Alternative with 61.4% of the vote.

The Scavenger Vortex was the victor against The Gorilla Experiment with 68.3%, The Earworm Reverberation beat The Barbarian Sublimation with 53% of votes, The Prom Equivalency narrowly beat The Luminous Fish Effect with 51.7% of the vote, while The Justice League Recombination squeaked past The 43 Peculiarity with a 51.6% share.

In the second round, the eight winning episodes now face off in the following four pairs: The Bath Item Gift Hypothesis vs. The Scavenger Vortex (voting open now), The Adhesive Duck Deficiency vs. The Earworm Reverberation (opens August 6), The Opening Night Excitation vs. The Prom Equivalency (opens August 9), and The Panty Pinata Polarization vs. The Justice League Recombination (opens August 12). Each match is open for three days, so remember to check back to vote in each match of the round.