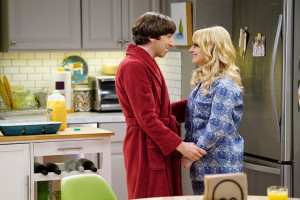 The key moments from Howard and Bernadette's relationship including their first date, Howard's proposal, their wedding, and the births of their two children.