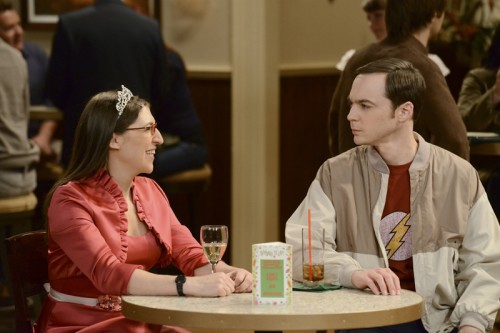 Amy's tiara was a gift from Sheldon in The Shiny Trinket Maneuver back when they were boyfriend and girlfriend, after Sheldon upset Amy by talking only about himself and ignoring her exciting news on their date.

Although Amy was primed to dismiss Sheldon's attempt to buy her off with a transparent gift, she was overjoyed when she saw it was a tiara. A gleeful Amy repeatedly asked Penny to put the tiara on her before declaring she was a princess.

Amy would later wear her tiara when she was a bridesmaid at Howard and Bernadette's wedding [524], when she joined Penny and Bernadette at afternoon tea [714], on her wedding day [1124], and finally when she and Sheldon were presented with Nobel prizes [1224].

Amy's Tiara - Featured in these episodes: