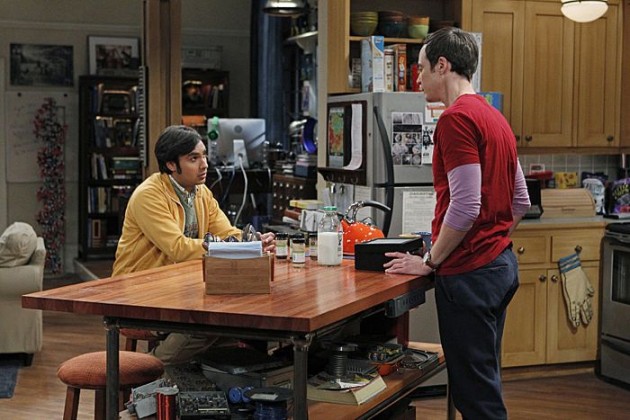 Sheldon has shown a keen understanding of the cultural convention of serving people beverages when they are upset or visitors in one's apartment. Sheldon first comforted somebody with a hot beverage in The Middle-Earth Paradigm, when he made Leonard tea after he had been embarrassed in front of Penny at her Halloween party.

In The Cohabitation Formulation, Sheldon prodded Leonard to make Howard a hot beverage when he arrived at the apartment after an argument with Bernadette. Sheldon also asked Leonard to make him cocoa as he was upset over having an unannounced house guest. Later in the episode, an upset Penny interrupted Sheldon as he ate dinner and video chatted with Amy, who pushed Sheldon to make tea for Penny. Sheldon's mother, Mary, also prompted Sheldon to make Raj a hot beverage when he was drunk in The Rhinitis Revelation.

On Young Sheldon, Sheldon first offered to make somebody a beverage in the Season 3 episode "Body Glitter and a Mall Safety Kit". Sheldon was trying to comfort his friend Paige, who was upset about her parents' divorce. Sheldon thought there was nothing he could do but listen to her problems, until he had the idea of offering her a beverage.