I'm Not Crazy. My Mother Had Me Tested 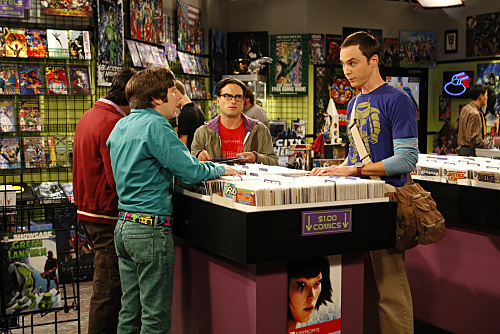 "I'm not crazy. My mother had me tested." is a common refrain from Sheldon Cooper when his friends question his sanity.

When Howard accused Sheldon of being insane for wanting to use artificial intelligence and animatronics to build a new friend to replace Raj, Sheldon replied "I'm not insane. My mother had me tested." So began Sheldon's habit of responding to questions about his mental state by insisting his mother had him tested.

Sheldon has told various people his mother had him tested: his friends Howard and Raj, a police officer investigating a break-in at the apartment, and one of the university's wealthy donors who was not enamored with Sheldon. Sheldon even said it to astronaut Howard, aboard the International Space Station, via a video link.

When Sheldon's mother, Mary, visited Pasadena she was able to confirm to Leonard that she did indeed have Sheldon tested as a child, though she regretted not following up with a specialist in Houston.

I'm Not Crazy. My Mother Had Me Tested - Featured in these episodes: