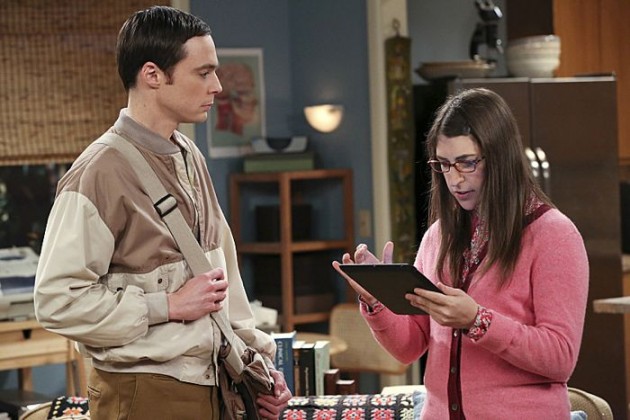 The Relationship Agreement, now known as the Marriage Contract, is a thirty-one page document that "enumerates, iterates and codifies the rights and responsibilities" of Sheldon and Amy in their relationship.

The agreement was originally drafted when they were boyfriend and girlfriend, but has been superceded by a contract as man and wife.

Sheldon and Amy became boyfriend and girlfriend in The Flaming Spittoon Acquisition after Sheldon felt feelings of jealousy when Stuart asked Amy out on a date. Soon after Amy signed the agreement that Sheldon drew up, he called on her to treat his splinter as required under Section 4: "Booboos and Ouchies".

The relationship agreement specifies that the second Thursday of every month, or the third Thursday in a month with five Thursdays, is date night. The agreement also requires that Sheldon take Amy to dinner on the anniversary of their first date, where upon he must ask about her day and engage in casual physical contact that a disinterested onlooker might mistake for intimacy.

Under Section 5, hand holding is only allowed under the following circumstances: a) Either party is in danger of falling off a cliff, precipice or ledge; b) Either party is deserving of a hearty handshake after winning a Nobel prize; c) Moral support during flu shots.

The agreement also requires that either party will take care of the other while they are sick. When Amy had a cold in The Fish Guts Displacement, Sheldon reluctantly took care of Amy as stipulated in their agreement. Amy enjoyed Sheldon taking care of her so much that she pretended to still be ill even as she got better. When Sheldon figured out her deception, he punished Amy by spanking her, which she also seemed to enjoy.

According to Amy in The Mommy Observation, her and Sheldon's relationship agreement covers a wide array of scenarios that might affect their lives or the world, including career changes, financial instability, and intelligent dog uprising. Amy and Sheldon plan on selling out the human race hard in the event of the latter.

Sheldon told Raj in The Gorilla Dissolution that the relationship agreement precludes Amy from physical contact with anybody but him, even though Sheldon did not at that point have physical relations with Amy either.

In The Bachelor Party Corrosion, Amy tells Penny and Bernadette that her relationship agreement prohibits her and Sheldon from having plastic surgery unless it's to look like a Klingon.

In The Tam Turbulence, Amy remarked that after asking Sheldon about his falling out with his childhood friend, Tam, Sheldon invoked "section three, article five of the Marriage Contract: Beeswax, None of Your" to refuse to talk.

In the first season finale of Young Sheldon, Sheldon's Meemaw was forced to set out some ground rules after he had been getting involved in her relationship. Sheldon then had an epiphany and realized he could "could draw up a contract for any social relationship", describing it as "a helpful way to remove ambiguity in a world that was often hard to understand." Adult Sheldon's voiceover went onto explain that he "would go on to draw up such contracts throughout my life With roommates, with my wife. Even with my own children."

This page has been updated to episode 1204. The Tam Turbulence

Relationship Agreement - Featured in these episodes: