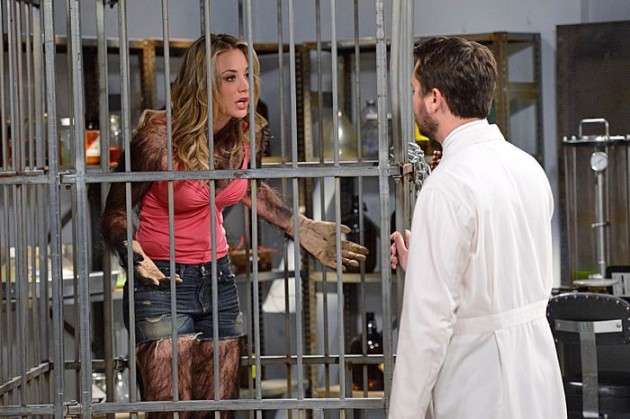 Serial Ape-ist and its sequel, Serial Ape-ist 2: Monkey See, Monkey Kill, are low-budget horror movies in which Penny starred. The first film was produced shortly after she moved to Los Angeles, while the sequel was made in 2014.

Serial Ape-ist was first mentioned in The Hofstadter Insufficiency when Sheldon and Penny shared secrets while Leonard was away at sea. After Penny mentioned that she once did a topless scene in a low-budget horror movie about a killer gorilla. Although Penny was relieved that the movie was never released, Sheldon admitted that Howard had found it online immediately after Penny left the apartment on the day they first met her.

The movie is about a sex-crazed gorilla who goes on a killing spree. Penny plays the part of a sorority sister who is killed 42 minutes into the movie while taking a shower; a scene reminiscent of Marion Crane's murder in Pyscho.

Although the film was never released, Leonard also had a copy as she showed it to his colleagues on hn his North Sea expedition in 2013. A fan at the Van Nuys Comic-Con also suggested he had seen both movies.

Penny first mentioned a sequel, Serial Ape-ist 2: Monkey See, Monkey Kill, in The Friendship Turbulence when she revealed she had turned down a role in the movie. When she changed her mind, she found the part had been recast. Later, she was offered the role again and accepted.

In Serial Ape-ist 2, a mad scientist - played by Wil Wheaton - tries to clone Penny from her corpse, but her DNA is mixed with the killer gorilla's DNA so she goes on a killing spree while transforming into a killer gorilla.

Penny was fired from the movie after she asked the director to shoot a scene again and he insulted her, prompting Leonard to step in and defend her. When Wil Wheaton tried to stand up for Penny, he was fired as well.

Serial Ape-ist - Featured in these episodes: